A Short History of the Democratic Party 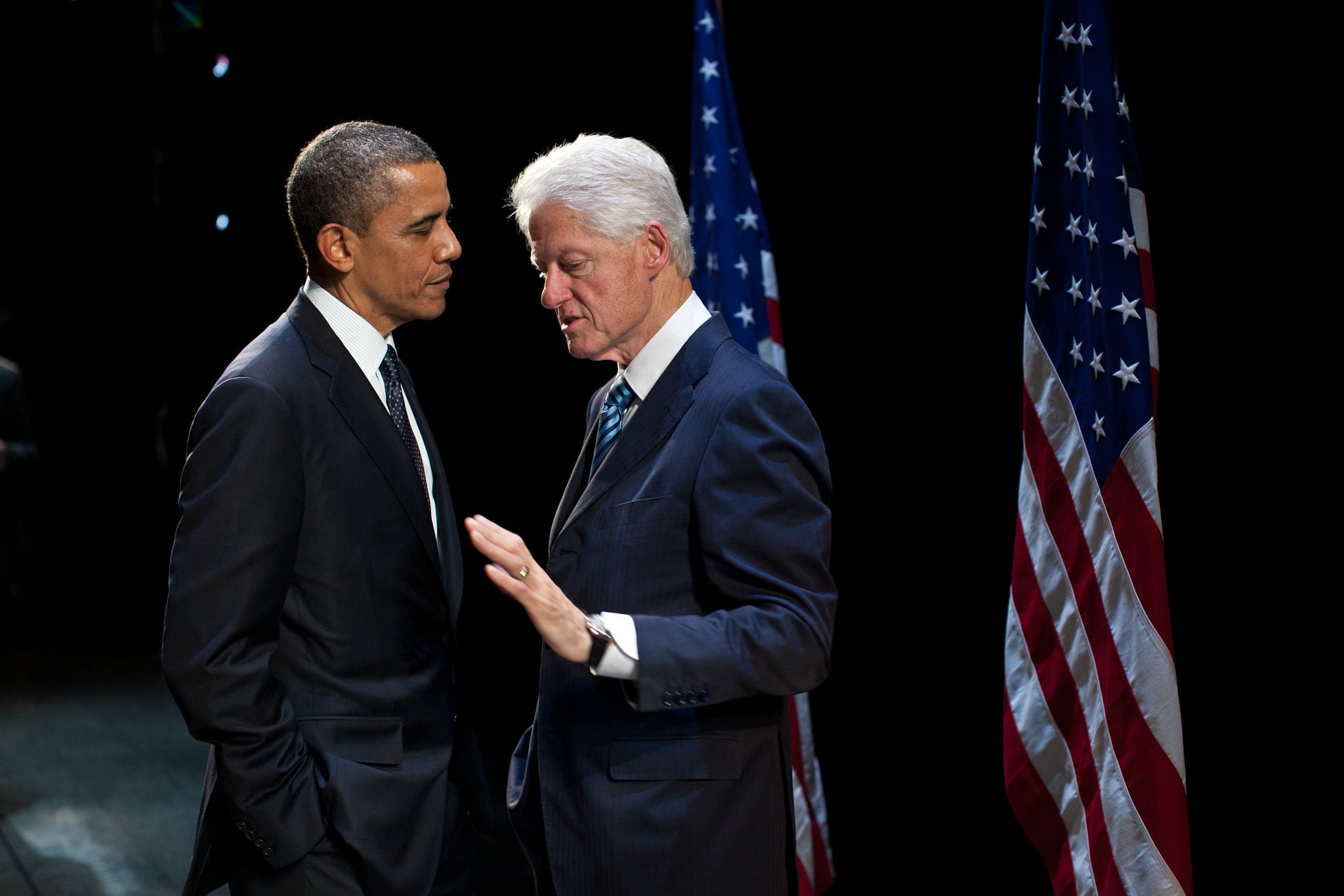 At the second Democratic Party debate, presidential hopeful Tulsi Gabbard attacked Kamala Harris’s record as Attorney General. Citing Harris’s extension of prison sentences to create a source of unpaid labor and her history of seeking harsher penalties, Gabbard concluded that Harris should be barred from the Democratic nomination. However, far from disqualifying Harris, a look at the Democratic Party’s history shows that she is more in line with its founding principles than any of its self-proclaimed progressive or socialist candidates.

The Democratic Party was formed around the election of Andrew Jackson in 1828. Its platform was mainly a negative one in the sense that it was “against” big government and progressive reforms—such as the abolition of slavery. Instead, it presented itself as the champion of “individual liberty”—starting with the liberty to own slaves. Demagogically posing as the party of the “common man,” Democrats gained the support of impoverished farmers by freeing up land through the violent persecution of Native Americans and immigrants.

The party had its first major split just before the Civil War. Northern and Southern Democrats battled over the expansion of slavery and nominated two different candidates for president in 1860—resulting in the victory of the upstart Republican, Abraham Lincoln. Following the defeat of its pro-slavery apologist-for-the-Confederacy candidate in 1864, the party sought to rebrand itself. Keen to obscure the party’s support of slavery and secession, it shifted its focus to economic expansion and a “New Departure.” This pivot failed, and Democrats were out of the White House for sixteen years, only winning thanks again to support from anti-Reconstruction Southern capitalists and the disenfranchisement of former slaves.

A major financial crisis resulted in another split in 1896, and a Democrat was not elected to the presidency again until 1912. Woodrow Wilson, a white supremacist and KKK supporter, attempted to shift the party again, supporting reforms including women’s suffrage. But this proved unsuccessful, and the party was again out of power from 1921–33.

During this period of demoralization, the party sought to win working-class votes by cynically standing against privilege and aristocracy. That their earlier policy had been to use violence in the service of wealthy Southerners and the party machines of Northern cities was overlooked. FDR, the next Democratic president, campaigned on a ticket of reform and economic regulation. His “New Deal” served to stave off the revolutionary overthrow of US capitalism by offering a few concessions to the workers. But these policies could not square the circle of capitalism’s inherent contradictions.

What eventually got the US out of the Great Depression was the slaughter of World War II. Nevertheless, FDR has been held up by progressive Democrats as “proof” that their party can serve as a vehicle for progressive politics—never mind that “progressivism” is a function of bourgeois, not revolutionary working-class politics. Far from ending the evils of capitalism, FDR’s maneuvers allowed it to exploit and oppress another day.

After FDR’s death, Harry Truman’s attempt to continue Roosevelt’s reforms were defeated by Southern Democrats. Only collaboration with Republicans on anticommunist policy secured his reelection in 1948. Following a landslide defeat in 1952, the party regained control of Congress by “bargaining” with Southern Democrats—i.e., selling out black Americans yet again. These powerful Southern Democrats, in coalition with conservative Republicans since FDR’s second term, worked to block progressive legislation well into the 1970s.

The next Democratic president, JFK, continued Truman’s anti-communist policy but saw most of his progressive legislation, including civil rights and desegregation, blocked by the coalition. Under the pressure of the mass civil rights movement, these measures were eventually passed by Lyndon Johnson in the face of stiff opposition by his own party. In this same period, the openly racist George Wallace was twice elected governor of Alabama as a Democrat. Wallace then split Democratic votes with a nearly successful third-party campaign in 1968, running against federal desegregation.

The Democrats lost to Nixon again in 1972, only winning in 1976 thanks to Watergate and another financial crisis. Jimmy Carter deregulated industries brought under federal control by the New Deal and failed to implement his promised reforms. His policies paved the way for twelve years of Reagan and Bush Sr., which dovetailed nicely with the equally reactionary policies of Bill Clinton.

Clinton continued Carter’s deregulation and Reagan’s free-market “reforms” while pandering to the party’s “progressive” image. Called the “first black president” by novelist Toni Morrison, Clinton appealed to conservative white voters by attacking welfare—a dog whistle for racism. During their sojourn in the Arkansas governor’s mansion in the 1980s, the Clintons had “employed” unpaid prisoners as domestic servants. In It Takes a Village, Hillary Clinton glibly remarked that her household staff was made up of “African-American men in their thirties.” Bill Clinton’s policies led to the mass incarceration of millions, expanding the pool of unpaid labor and unleashing the multibillion-dollar prison-industrial complex.

In 2008, after eight years of Bush Jr., and during the worst economic crisis in decades, Obama’s message of “hope and change” led to a landslide election. But two terms of betrayed aspirations and the DNC’s maneuvering against Bernie Sanders led directly to the election of Donald Trump. Lesser-evil politics means that “evil” is always in the saddle.

The Democratic Party has changed its face many times. Under mass working-class pressure from below, it has passed some of the most progressive reforms in American history. But it has also done everything in its power to block such reforms or nullify them through later rollbacks. While the Democratic electoral base has moved geographically and demographically, its core interests have always remained the same: defense of the private property of the wealthy.

In the absence of a mass working-class party, progressives can become popular in the party and have done so many times. But this has only ever served as effective “bait” for a later “switch” in defense of the rule of capital. The only way for the working class to fight for a new system is through a party that is not rooted in capitalism. To finally escape the endless cycle of Democrat-Republican ping-pong and worsening crises, we must build a mass party based on the workers with a socialist program to transform society.

Want to get involved? Drop us a line to join the fight for socialism in our lifetime: